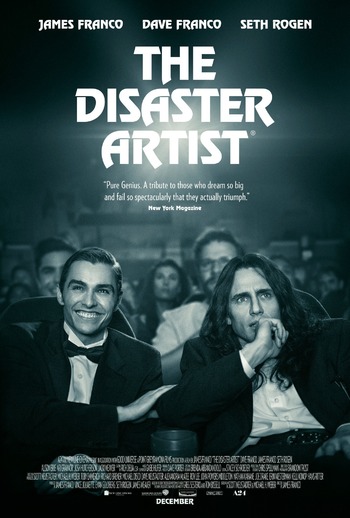 "Anything for my princess..."
Tommy: This town, Greg. [...] It don't want me.
Greg: Wish we could just make our own movie.
Tommy: That great idea.
Advertisement:

The Disaster Artist is a 2017 biopic dramedy film directed by and starring James Franco, adapting the 2013 memoir of the same name written by Greg Sestero and Tom Bissell.

Compare Ed Wood, another biopic about a another legendarily bad director.

Tropes related to this movie include:

"YOU ARE TEARING ME APART, LISA!"