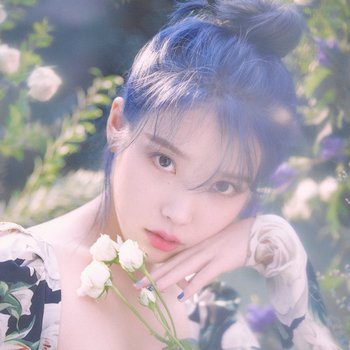 I like it, I'm twenty five... I think I know myself a little bit now.
Advertisement:

Born May 16th, 1993, IU debuted in 2008 at the age of 15 under LOEN Entertainment. Her debut mini album Lost and Found was well received by critics but was not commercially successful. She broke into the mainstream K-Pop market with the Lighter and Softer single "Boo", and gained massive popularity with the breakout hit "Good Day".

In 2011, she acted in the Korean Drama Dream High as the character Kim Pilsuk. She starred in the series Moon Lovers in 2016 as Hae Soo, and in 2022, she stars in the Hirokazu Kore-eda film Broker.

She is well-known for her good vocals, sweet image, a genuinely good personality and her very impressive and well-produced music (and music videos), some which she composes herself. She is also well known for her duets with other singers like Seulong of 2AM and her acoustic covers of K-Pop hits.