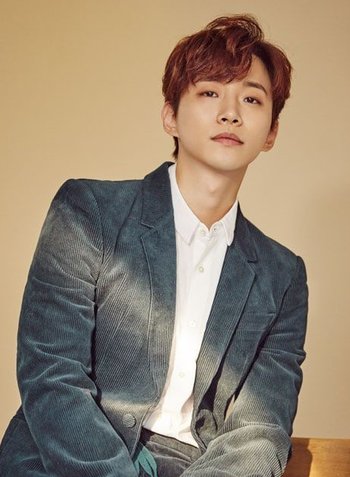 Lee Junho (Korean: 이준호; born January 25, 1990 in Goyang, South Korea), known mononymously as Junho (also stylized JUNHO), is a South Korean singer-songwriter, dancer, composer and actor. Gaining public attention in 2006 after joining Superstar Survival, Junho signed a contract with JYP Entertainment after winning the contest, placing first out of 6,500 competitors. He then debuted as a member of the South Korean boy band 2PM as one of the group's main vocalists in 2008.

Junho debuted as a solo singer in Japan 2013 with his first solo mini album, Kimi no Koe (Japanese: キミの声, Your Voice), for which he produced, composed and wrote all the tracks. The album landed on #1 in Tower Records′ charts and no. 3 on Oricon′s daily chart. Since then, Junho has been releasing Japanese mini albums every year, all of which consistently topping the Oricon charts and breaking records set by himself. Each mini album released also equals a Japan tour. In 2017, Junho's first Korean mini album Canvas was released, marking his official debut in the Korean music industry as a solo artist after almost nine years of being active in the Korean music industry.

In 2013, Junho debuted as an actor in the Korean movie Cold Eyes. Junho is most known for his roles in Twenty, Chief Kim, and Just Between Lovers, with his role in Chief Kim particularly contributing to his popularity in Korean dramas.