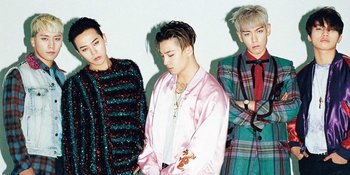 Big Bang (Korean: 빅뱅) is a South Korean Boy Band that debuted in 2006 as YG Entertainment's first attempt at an idol group. The results were, to put it mildly, successful.

Initially, Big Bang started out following South Korea's standard boy band formula, and their songs and music videos were heavily influenced by Western hip-hop and R&B. More than a decade on, they have established themselves as one of the most successful boy bands of all time,and their diverse discography and charismatic stage presence has cemented their status - as a group and individually - as icons of K-Pop history.

Many people among the music industry and fans agree that Big Bang's rise to fame was due to the creative control the members have maintained over their careers since their debut. Heavily contributing to this is leader G-Dragon, who currently has over 170 songs listed under his name by the Korea Music Copyright Association.

Beginning with the 2007 single, "Lies", Big Bang had a string of hits that solidified them as one of the nation's top boy bands. As of 2018, Big Bang have had 18 singles sit atop South Korea's largest online music service, Melon, for a record 51 weeks. In addition, since the inception of the Gaon Digital Chart in 2010, they have achieved 10 number-one singles.

All of the members of the group have also debuted as solo artists. The group has two sub-units, GD & TOP and GD X Taeyang (also known as GDYB).