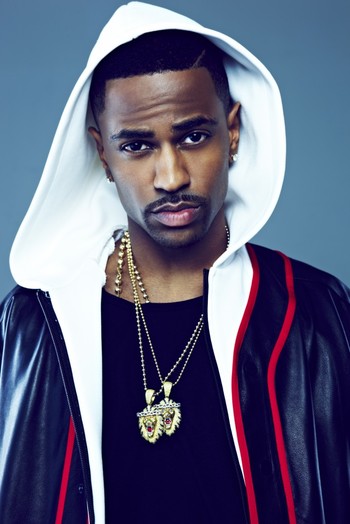 He released his debut album Finally Famous in 2011, and it peaked at 3 on the Billboard Hot 100. His gang name is not ironic, despite being not incredibly tall— it's just not related to his height.

Tropes applicable to his work include: