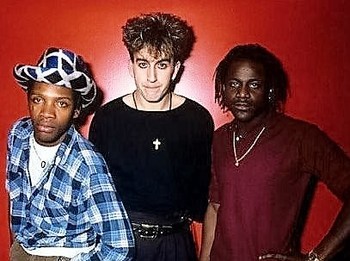 British new wave pop group formed in 1981 by Lynval Golding, Terry Hall and Neville Staple, who had broken away from The Specials over Creative Differences. They released only two albums, a self-titled debut album (1982) and Waiting (1983), before splitting up in 1983.

The tropers have taken over the asylum: