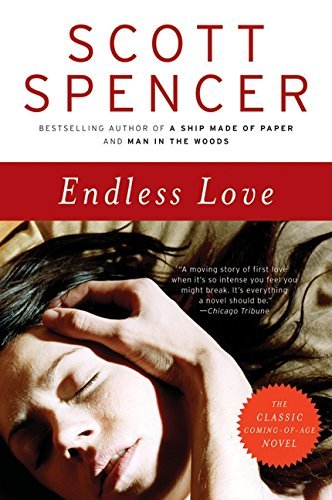 The cover of the 1999 version
Advertisement:

In 1967, Chicago teen David Axelrod burned down the house of his girlfriend Jade Butterfield, nearly killing her family and himself in the process. Instead of prison, he was sent to a mental hospital for psychiatric evaluation. Years later, after his release, he narrates the tale of what happened when he came back home. We learn that David is still deeply in love with Jade, to the point of obsession, replaying the moments of the relationship over and over. He also reveals that he was extremely close to the Butterfields, a Bourgeois Bohemian family who provided an exhilarating contrast to his own rather low-key, politically engaged parents. He goes to great lengths to reconnect with Jade, and eventually tracks down the Butterfields, but a gruesome death that he plays a role in raises the stakes for David, even as it brings him one step closer to Jade.

A bestseller that was also well-reviewed, even getting named a finalist for the National Book Award, the novel has had two film adaptations. The first one, released in 1981, was directed by Franco Zeffirelli, with Martin Hewitt as David and Brooke Shields as Jade. It was a fairly big hit (one of the top 20 grossing movies of 1981, in fact) and generated a major Breakaway Pop Hit with the title song, sung by Lionel Richie and Diana Ross, but was roasted by critics; Leonard Maltin called it "a textbook example of how to do everything wrong in a literary adaptation." The second, released on Valentine's Day 2014, was directed by Shana Feste, with Alex Pettyfer and Gabriella Wilde. It got even worse reviews than the first film, and just barely broke even at the box office.

Examples specific to the film adaptations: