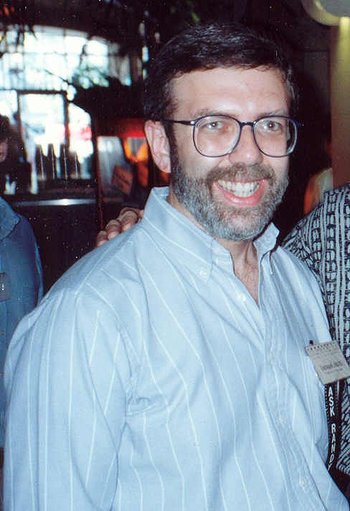 Leonard Michael Maltin (born December 18, 1950) is an author and film critic who is one of the most influential critics in the modern age, ranking alongside Roger Ebert. In 1969, he published a movie guide containing capsule reviews, which was updated annually between 1986 and 2014.

One of those guides earned him a listing in the Guinness World Records for shortest film review ever. The film's title was Isn't It Romantic?. Maltin's review: "No." The guide ceased publication after its 2015 edition on account of the Digital Age. These days, his writings can be found on his website

In the early years of IMDb, Maltin's capsule reviews would receive a special designation on a given movie's page as the "Maltin summary", giving him prominence over every other professional film critic (including Roger Ebert, who was always listed first on the separate list of "External Reviews"), but this feature was removed after Amazon bought out IMDb, replacing it with, naturally, the "Amazon.com summary".

Maltin is a regular on Entertainment Tonight, where he provides movie reviews. With his daughter Jessie, he hosts the popular podcast "Maltin on Movies."

Maltin has made a few appearances as himself in TV series and films, including one in Gremlins 2: The New Batch. He also made a guest appearance on Mystery Science Theater 3000, where he recommended Gorgo as a movie for Mike and the Bots, even though he himself gave it a positive review. Later in his career he's popped up on Turner Classic Movies from time to time to introduce "Treasures from the Disney Vault".