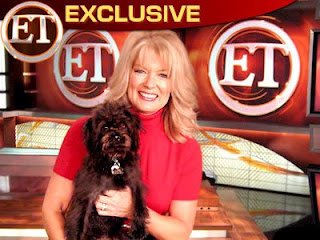 Entertainment Tonight is a magazine-format journalistic television series, created by Al Masini in 1981 and originally produced and distributed by Paramount, featuring Mary Hart and John Tesh and a score of other hosts and reporters discussing the recent news in Hollywood. A major enabler of the Hollywood Hype Machine, as well as a tabloid journal, it's a mixture of hype, interviews, and sensationalism about the latest rumors and dating habits of the rich and famous. Airs daily in half-hour segments, and has done so for years. Country-specific spin-offs have popped up in the UK, Canada, Brazil, and others. The show is now produced and distributed by ViacomCBS, which replaced Paramount successor CBS Paramount Television after the CBS-Viacom breakup in 2005; the two companies re-merged in 2019.