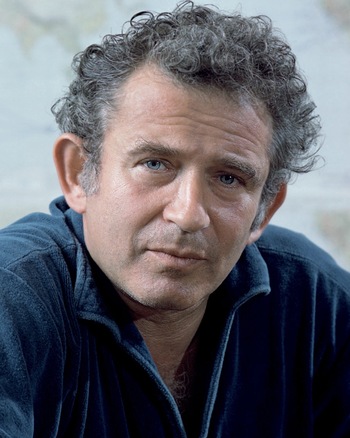 "Writing books is the closest men ever come to childbearing."
Advertisement:

He once knocked over Gore Vidal with a headbutt. Vidal had just compared him to Charles Manson at the time. Of course, Vidal being Vidal, Gore would remark about the exchange: "Words fail Norman Mailer yet again."

His most famous work included The Naked and the Dead, The Executioner's Song and Armies of the Night.

Works by Norman Mailer that have their own page on TV Tropes:

Other appearances by Mailer in media:

Other works by Norman Mailer contain examples of: