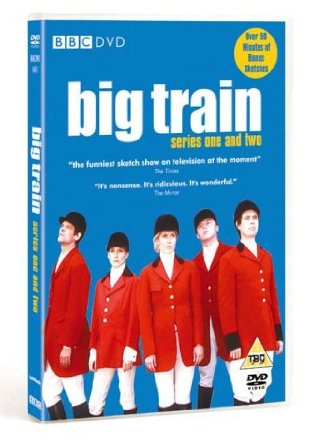 Big Train was a surreal and somewhat deranged BBC sketch show, devised by Arthur Matthews and Graham Linehan (of Father Ted fame), starring something of a British comedy supergroup: Simon Pegg, Mark Heap, Kevin Eldon, Julia Davis and Amelia Bullmore, amongst others, as well as several prominent comedy writers. It delighted in leftfield takes on standard comedy fare in a similar vein to Monty Python, ridiculous pop-culture parodies as well as some fairly uniquely off-the-wall fantasist humour. It ran for two series in 1998 and 2002.