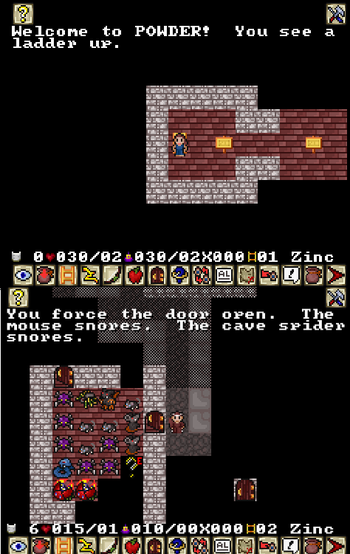 A roguelike by Jeff Lait, first released around 2003, and last updated at around 2011. It was designed for the Game Boy Advance, but has been ported to other systems as well.
Advertisement:

In it, you are tasked with obtaining the Heart of Baezl'bub from the 25th level of the dungeon, and then returning to the surface world in one piece. While this premise has clear NetHack similarities, the game is geared towards faster play, with an average successful run lasting about 3 hours. Thus, there's no race, class or skill choice at the start, and instead your character develops through choosing to which gods to pray at the end of each level.

Not to be confused with the 1995 film of the same name.