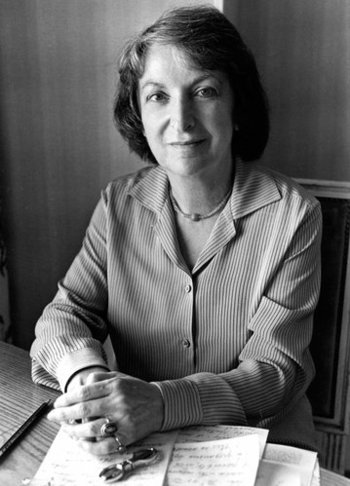 Pauline Kael (June 19, 1919 – September 3, 2001) is one of the most famous and influential film critics of the twentieth century. She wrote film reviews of essay length for The New Yorker between 1968 and 1991, after which she retired. Her collected film reviews were anthologized and are still widely printed and reviewed.

Kael grew up in Petaluma, California before moving to San Francisco and studying at UC Berkeley. Her upbringing and youth was bohemian by her own admission. Her first gig as a critic was a review of Charlie Chaplin's Limelight, which she disliked and slammed with the title "Slimelight"—a harbinger of her forthright, honest, and pull-no-punches style and her tendency to be unimpressed with (and unintimidated by) reputation. Kael's tendency for independence, her insistence on her own subjective viewpoints, and a tendency to go against contemporary trends led to her getting fired from McCall's magazine after she panned a series of popular films and Epic Movie blockbusters including The Sound of Music (her review spread the meme about it being "The Sound of Money"). She recovered, however, when she wrote a lengthy essay on Bonnie and Clyde, a polarizing film whose originality and freshness she recognized. Her review was rejected by The New Republic, but legendary New Yorker editor William Shawn decided to print it, and Kael started working there.

As a critic, Kael's reviews are known for being first hand accounts of the New Hollywood era and the cultural and social watershed that it was. While even her admirers would qualify about her influence and impact on audience reception and influence on the sales of films she positively reviewed, it's generally agreed that she expressed what people liked about the films of this era better than any other critic and she had a keen eye on the cultural zeitgeist and what's called lightning-in-the-bottle. She conveyed exactly why the modernized sex and violence in the New Hollywood films were so attractive and appealing to an audience mired in the staid world of the late Golden Age. Likewise, by mentoring the likes of Paul Schrader, she inspired his turn as critic, screenwriter and director, leading to films like Taxi Driver and Schrader while admitting that his taste was different (he was more into avant-garde and foreign films than she was), does admit that she was a major influence on his life. Robert Altman whose controversial films were championed by her also enjoyed her friendship even if she didn't always like his films. Roger Ebert also admitted that Kael was an inspiration for his reviews. On a personal level, everyone admitted that she was quite warm and friendly and often contrary to the impression that her persona in print conveyed.

Nonetheless, she was controversial for her opinions and practices. Kael often claimed that she went by her first impressions of films, that she made it a point to never revisit or see a film twice, and she often criticized and attacked those who wanted to take film studies into a more academic perspective. Her opponents noted that this was tantamount to claiming that she could never be wrong nor cop to making errors in judgment. She saw herself as a populist who appreciated films for their surface-level visceral impact and felt that rigorously looking at films would take cinema away from its popular roots. Andrew Sarris, who wrote for The Village Voice and other niche publications such as Film Comment and popularized The Auteur Theory in the United States, came to her particular scorn, and their feud became famous in film circles. She also compromised her reputation with her essay "Raising Kane", which argued that screenwriter Herman J. Mankiewicz, and not Orson Welles, was the main creator of Citizen Kane. This attack was widely read and professionally damaging to Welles, and despite being debunked by Welles' friends and independent researchers, its central claim and accusation remains widely reprinted. Welles even considered suing her, but ultimately decided that it upset his 24/7 job of hustling for his unmade films and the optics of suing a critic didn't agree with the man who trod on Hearst's toes. Kael also became controversial or notorious thanks to one of her off-the-cuff remarks at a lecture for the MLA. There, she said "I live in a rather special world. I only know one person who voted for Nixon. Where they are, I don't know. They're outside my ken. But sometimes, when I'm in a theater, I can feel them." This became a meme often misquoted as "I don't know anyone who voted for Nixon" by conservatives as an example of the Manhattanite liberal's famous provincialism and the cultural bubble in which the "liberal elite" lived. (If anything, it was her recognizing and commenting on her own provincialism.) Some of her reviews are often noted for making homophobic remarks even if most of her friends noted that she wasn't a homophobe in her life and merely insensitive about a group of people who were still largely underground when she started out.

Kael retired from active reviewing in 1991. She admitted to feeling miffed at The Blockbuster Age of Hollywood in interviews in her retirement, and felt that she was glad to have written in a moment when movies mattered and were fiercely discussed among audiences. Despite the passing of time, Kael still remains a very influential critic, with her opinions and style of writing inspiring a number of voices in different eras to this day, including the likes of Lindsay Ellis, Bob Chipman, and Kyle Kallgren.