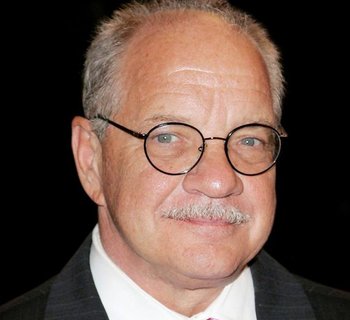 Paul Joseph Schrader (born July 22, 1946) is an American film director and critic. Born in 1946 to a conservative Calvinist family in Grand Rapids, Michigan, he would not see his first film until the age of 17. A child of the 60s, he would revolt against his family and join the counter culture and embrace the "new freedoms". For some this was rock and roll, for Schrader it was serious films.

As a critic, Paul Schrader was mentored by the famous Pauline Kael and wrote serious studies on Film Noir and underrated film-makers like Joseph H. Lewis and others. He also wrote on arthouse film-makers like Yasujiro Ozu, Carl Theodor Dreyer and his favorite, Robert Bresson, in a still-classic thematic study of all three directors, Transcendental Style in Film: Ozu, Bresson, Dreyer. He also enjoyed films like Performance by Nicolas Roeg and Donald Cammell.

It wasn't long before he became a screenwriter and an associate of the New Hollywood. He worked on the screenplay of Sydney Pollack's The Yakuza, Brian De Palma's Obsession, and the early draft of Steven Spielberg's Close Encounters of the Third Kind which Spielberg rewrote to the extent that Schrader amicably withdrew credit. His most famous work was Taxi Driver which was based on his own Creator Breakdown in a period where he came dangerously close to suicide and went weeks without talking to people. The collaboration between Scorsese and Robert De Niro has tended to make Schrader Overshadowed by Awesome, but Scorsese insists that of all their collaborations, Taxi Driver is the one that most has Schrader all over it.

Schrader would go on to make major contributions to such Scorsese films as Raging Bull, The Last Temptation of Christ and Bringing Out the Dead, and the two maintain something of a Vitriolic Best Buds connection,with Schrader considering Scorsese a master and a close friend, but sometimes also noting that he doesn't consider Raging Bull a decent film and likewise openly questioning the way Scorsese casts some of his films, (for instance he pointed out how Nicolas Cage is a little too old for the character in Bringing out the Dead when the problem of a paramedic worried about his vocation is a dilemma more suited for a younger rookie character than an Experienced Protagonist)note During The '80s, when Scorsese was prepping The Last Temptation of Christ, Schrader remarking on Scorsese's difficulty noted that he had his own plans to making a Christ film, and that if Scorsese didn't do it, he would. Scorsese in turn furiously called back, as per Schrader, reminding him that even if he died, he would come back just to make his film before Schrader did, and the two ended up collaborating on the screenplay.

Schrader's collaborations on such classic films are far more well known than his own films as a director despite being active for forty years, making films in different styles and genres. In his own way, his films have been highly influential. His debut Blue Collar influenced Wes Anderson and Spike Lee, and Mishima, his highly original biopic on the Japanese writer Yukio Mishima, was the first mainstream American movie to have the dialogue entirely in Japanese. His remake of Cat People involved serious Fanservice on the part of Nastassja Kinski, but it's also oddly compelling. Among his other best films are American Gigolo, starring Richard Gere; Patty Hearst, starring Natasha Richardson; Light Sleeper, starring Willem Dafoe and Dana Delany, and Affliction, adapted from a novel by Russell Banks, for which James Coburn won the Best Supporting Actor Oscar. His later films include Auto Focus and First Reformed, with the latter generally being considered a Career Resurrection for Schrader, including earning him his first Academy Award nomination.