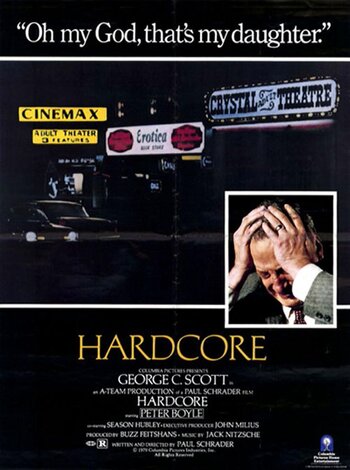 It begins with the disappearance of Kristen Van Dorn (Ilah Davis), the teenage daughter of conservative, Calvinist Michigan businessman Jake Van Dorn (Scott), while on a church-sponsored youth trip to California. When a private detective (Peter Boyle) turns up evidence that Kristen is now working in the pornographic industry, Jake is horrified. Unable to rely on the slow pace of the investigation, Jake resolves to find and bring back Kristen himself. His attempt to trace her whereabouts inside California's seamy underworld of pornography and prostitution exposes him to a previously-hidden subculture that strains his religious convictions and outlook on life.