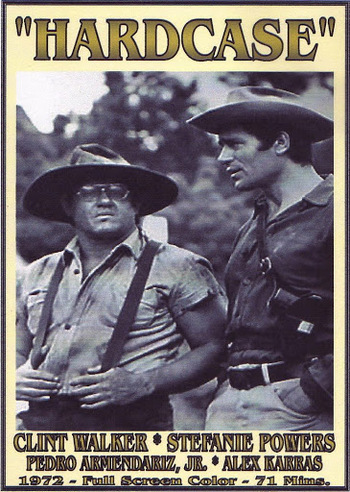 Hardcase is a 1972 American made-for-television Western film directed by John Llewellyn Moxey and starring Clint Walker and Stefanie Powers. It was the first fully live-action feature film of the Hanna-Barbera studios.

Jack Rutherford has returned to his ranch in Texas after soldiering in the Spanish–American War. Because he was presumed dead, his wife Rozaline remarried a Mexican revolutionary leader named Simon Fuegus. Rozaline also sold Jack's ranch and belongings to buy weapons for Simon's band. Jack travels to Mexico to get his share of the proceeds of the sale but gets nothing. Taking matters into his own hands, Jack decides to raise income by kidnapping Simon for $10,000 ransom to be paid either by Simon's band or the Mexican Federal Government who wish to get their hands on Simon.

Tropes used in Hardcase include: