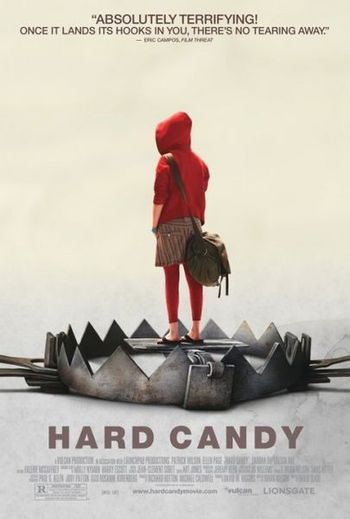 Is she trapped... or is she bait?
"Strangers shouldn't talk to little girls."
Advertisement:

They meet at a cafe after chatting online, and agree to go to Jeff's secluded house to have a little fun, where Hayley mixes the drinks and strips for a photo session. It seems that Jeff has the advantage until he passes out, and when he comes to, he is tied to a chair and being investigated by the not-so-innocent teenage girl. What follows is a series of arguments, cat-and-mouse games and psychological torture sessions.

Not to be confused with the Counting Crows album, the title track of that album, or even the other album of the same name by Madonna. Or actual hard candy.