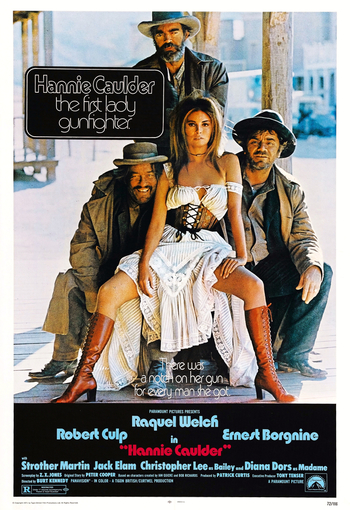 Hannie Caulder is a 1971 British Western film. The film was directed by Burt Kennedy and starred Raquel Welch, Robert Culp, and Ernest Borgnine.

When the criminal trio of the Clemens brothers murder the husband of Hannie Caulder (Welch), gang-rape her, burn down her house and leave her for dead, Caulder recruits bounty hunter Thomas Price (Culp) to help her get revenge by training her to be a gunfighter.