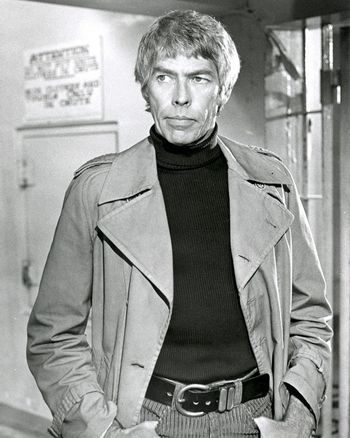 Coburn in his '60s heyday.
"It was the desire to do the complete thing. I only took taking acting lessons because my whole thing, really, was to direct. But my first jobs were acting jobs."
Advertisement:

A tall, lanky, gravelly-voiced fellow frequently seen in "man of action" roles, Coburn became one of the preeminent film stars of The '60s, when he starred as superspy Derek Flint in In Like Flint and Our Man Flint. This Star-Making Role was just the hallmark of a long, distinguished career.

Tropes associated with James Coburn include: