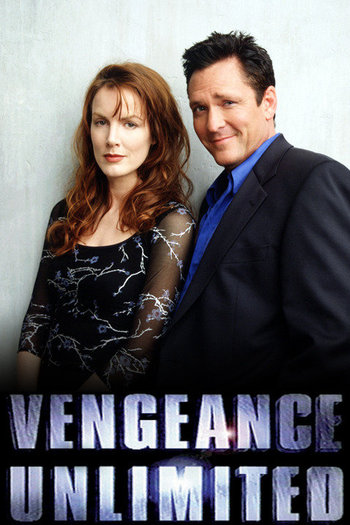 In a post-O.J. world, when people really wanted their vengeance served to them on a silver platter, ABC delivered: a 1998 series that starred Michael Madsen as Mr. Chapel, a vigilante who makes sure those bad guys who thought they got away don't really get away. Someone killed your father and blamed your husband? Someone cashing in on a book deal after getting away with offing someone you hold dear? One quick call to Chapel, and he'll make all your problems go away. Even better, he doesn't use guns, nor does he kill anyone.

There is, as with all sweet deals, one slight hitch. His fee is $1 million. Oh, don't worry, you don't actually have to give him any money. However, in lieu of the fee, you are on the hook for a favor to be called in at any time in the future. And believe you, he will call you for it.

He does have help: K.C. Griffin (Kathleen York), a former client who has long since paid off her favor, but feels what Chapel feels: A desire to set wrongs right...with torture if necessary. (Hey, torture's not killing, is it?)

The series was quite critically panned for its subject matter, as Chapel did some mighty bad things, and the timing of its release—as noted, right after the O.J. trial. ABC thought it good enough to go up against the juggernauts on Thursday nights. Unfortunately, the gambit failed, and the series was canceled after 16 episodes, the last of which was named "Friends", in deference to the show that vanquished it.

Victim of the week: You contaminated my clothes with flesh-eating bacteria!?!?
Chapel: This isn't Touched by an Angel.