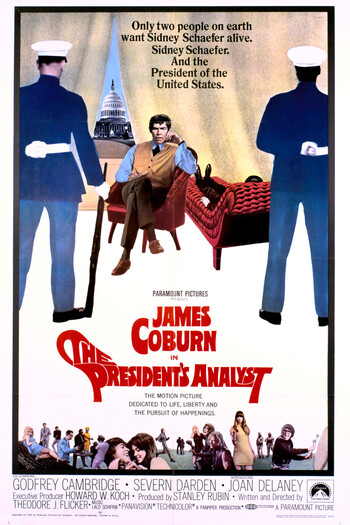 A satirical 1967 film written and directed by Theodore J. Flicker (who later co-created TV's Barney Miller) and starring James Coburn as Dr. Sidney Schaefer, who is recruited for the eponymous position; the stress of the job soon sends him on the run, with the knowledge gained from his sessions making him the target of every intelligence agency on the planet. Then there's the most sinister and feared entity of all: T.P.C.