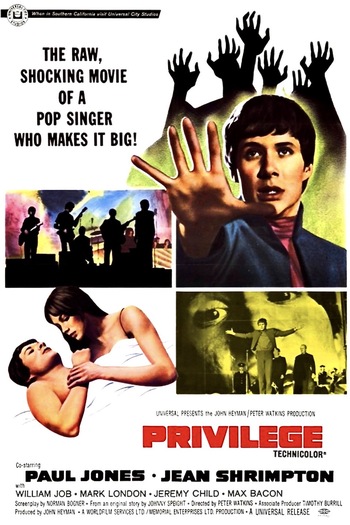 Privilege is a 1967 British mockumentary film directed by Peter Watkins.

Steven Shorter (Paul Jones) is the biggest pop star in Great Britain, loved and worshipped by the entire country. His handlers take advantage of his popularity to manipulate the public, using him for everything from selling dog food to promoting social conformity. When an artist named Vanessa Ritchie (Jean Shrimpton) is commissioned to paint Steve's portrait, she realizes how trapped and unhappy he really is, and with her encouragement, Steve starts to rebel against his handlers.