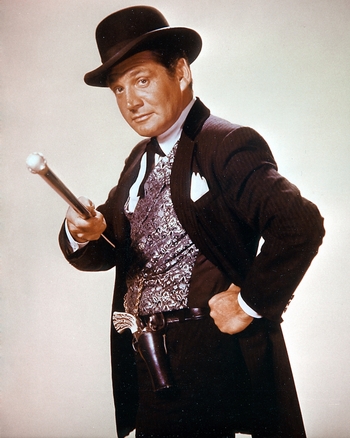 Bat Masterson is about to point his cane at you.
Advertisement:

Bat Masterson is an American Western television series. It aired on NBC from 1958 to 1961.

It is based on the biography Bat Masterson: The Man and the Legend by Richard O'Connor, which was based on the life of marshal/gambler/dandy Bartholemew William Barclay "Bat" Masterson. The series follows Masterson (Gene Barry) as he roams the frontier and protects the innocent.