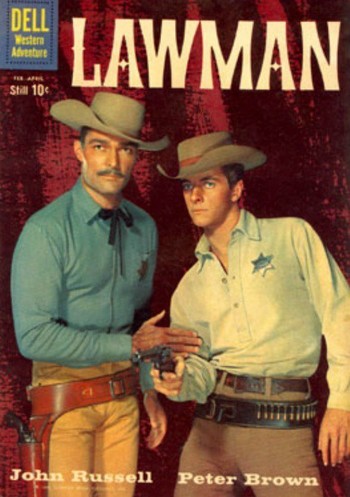 Lawman is an American Western television series originally telecast from 1958 to 1962 on ABC. It starred John Russell as Marshal Dan Troop and Peter Brown as Deputy Marshal Johnny McKay.

Lawman is the story of Marshal Dan Troop of Larmie, Wyoming and his deputy Johnny McKay, an orphan Troop took under his wing. In the second season, Lily Merrill opens The Birdcage Saloon, where she sings and entertains, and has a close unspoken relationship with Troop.