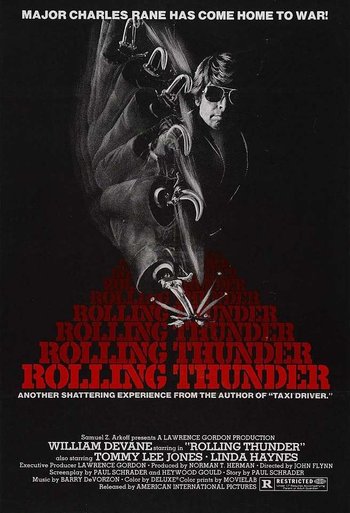 It's the story of returning Vietnam War veteran Major Charles Rane (Devane), who has spent the last seven years in a POW camp. He comes home to find his wife has moved on and his son doesn't remember him. His home town is determined to give him a homecoming and presents him with a number of gifts including silver dollars, one for each of his days in captivity. A group of rednecks attempt to steal his money and then murder his wife and son. Major Rane vows revenge...