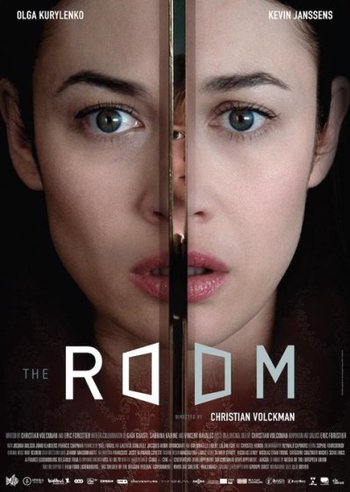 The Room is an English-language French thriller film directed by Christian Volckman and starring Olga Kurylenko, Kevin Janssens, John Flanders, Joshua Wilson, and Carole Weyers. The film premiered on April 15, 2019 at the Brussels International Fantastic Film Festival. The plot centers on a young couple who discover a strange room that gives any of their material desires. Things go too far when they eventually use it create a child and discover the Room has a terrible cost.
Advertisement:

Not to be confused with Tommy Wiseau's The Room.

The Room Contains Examples of: