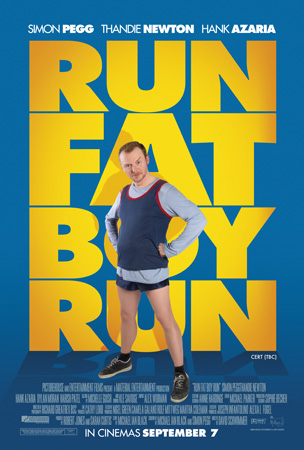 Dennis Doyle (Simon Pegg) is a clueless, chronically indecisive and slightly overweight Manchild who left his pregnant fiancée Libby (Thandiwe Newton) at the altar five years earlier. He constantly tries to persuade the woman he loves to accept him back into her life, but when he discovers that Libby has found a new partner in the form of American Whit (Hank Azaria), frustration grows, and Dennis vows that for once in his life, he will finish something. This something ends up being the Nike River Run in London. With his friend Gordon (Dylan Moran) and landlord Mr. Goshdashtidar by his side, Dennis begins training for the marathon he must finish to win the respect of both Libby, and himself.