Film / Bringing Out the Dead 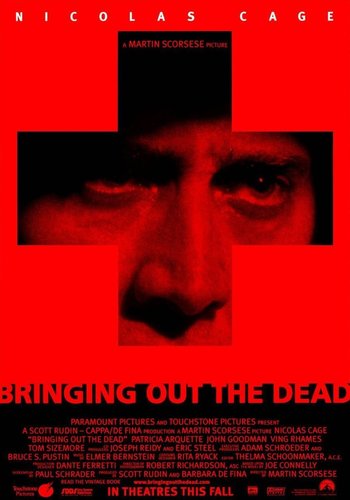 Bringing Out the Dead is a 1999 drama film directed by Martin Scorsese and written by Paul Schrader. The film stars Nicolas Cage as Frank Pierce, a sleep-deprived paramedic who hasn't saved a life in months. The film takes place over the course of several days, as he finds himself frequently haunted by visions of lives he has failed to save.

Rounding out the cast are Patricia Arquette, Tom Sizemore, Ving Rhames, Marc Anthony, John Goodman, and Cliff Curtis. Scorsese himself frequently pops up as the voice of a rather sardonic dispatcher, while another dispatcher whose voice is heard in several scenes is played by Queen Latifah.