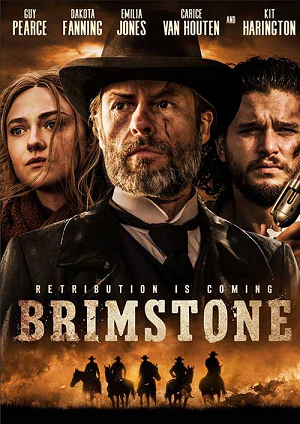 Brimstone is a 2016 western directed by Martin Koolhoven.

Elizabeth (Dakota Fanning) is living a quiet life with her family when a Sinister Minister (Guy Pearce) arrives in the community and warns her that "retribution" is coming for her. Their story together is then told through Anachronic Order.