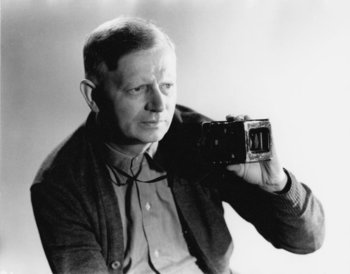 Carl Theodor Dreyer (3 February 1889 – 20 March 1968), abbrievated as Carl Th. Dreyer, was a Danish filmmaker who started out in the Silent Era and continued until the 1960s. His films were known for their austere visual style, powerful camera movements, intense drama, use of sound, and recurring religious and philosophical themes.

An orphan child born to a poor housemaid out of wedlock, Dreyer spent the first two years of his life in orphanages before being adopted by the Dreyer family who gave him his name. He became interested in making movies after a brief stint working as a journalist. He found job as a writer of silent intertitles and left Denmark to work in the French film industry before commencing work with Nordisk Film. He made his first film The President in 1919 and The Roaring '20s would prove to be Dreyer's most prolific period, and his Danish films were well regarded to the extent that he found work in the German and French film industries.

His Breakthrough Hit, at least within Europe, was Michael made in 1924 in Germany, one of the few silent films to deal with a homosexual love story. His first international success was The Passion of Joan of Arc, a French production which proved to be his most expensive film at the time, it was also a Box Office Bomb but such an Acclaimed Flop that it established Dreyer as a world renowned film-maker. Its revolutionary use of close-ups, intense editing and the performances of the lead actress Renee Maria Falconetti (whom Dreyer had discovered after seeing her in a comedy play). This was also his last silent film and the end of his most prolific phase. For the rest of his career, Dreyer would average one film per decade owing to both a lack of financial success and his own exacting standards, with each successive film greeted with controversy and divided opinion but all eventually becoming Vindicated by History as a masterpiece.

Vampyr, made in 1932, was his first sound film, albeit one which was still partly silent; the film was poorly released and subject to Executive Meddling. Day of Wrath was a dark film about Witch Burning made during the Nazi Occupation (and a favorite of the Danish underground, although Dreyer denied any political message). After the war, Dreyer found work as the owner of a movie theatre and made several educational short films to supplement his income while remaining as uncompromising as ever in his final two films, Ordet and Gertrud.

Dreyer is celebrated today as one of the greatest masters of cinema, one who has influenced Paul Schrader, Ingmar Bergman, Jean-Luc Godard, Lars von Trier and John Cassavetes. He was uncompromising (famous for refusing to allow actors to wear makeup), elliptical in terms of ambiguity and lack of resolution in his films yet at the same time seen as a transcendental in his approach to religious themes, and his remarkable depiction of strong women who approach their suffering with courage and determination. The style of his films is also remarkable; they are very slowly paced, make very limited use of space, and powerfully use black and white. Later generations, especially after the discovery of the original print of The Passion of Joan of Arc, would regard Dreyer as among the most modern and least dated of the old masters. All his major films are available on The Criterion Collection.