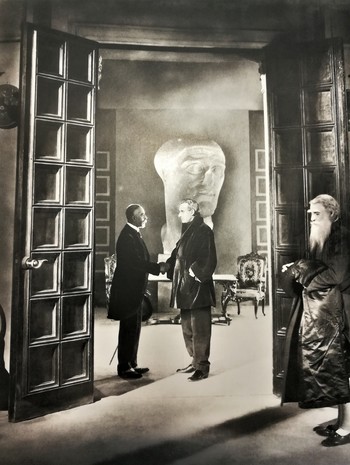 Michael is a 1924 German silent film, directed by Carl Theodor Dreyer. It is notable as one of the earliest films to depict a homosexual relationship.
Advertisement:

The title character, an aspiring painter, has become the favorite model of a great artist named Claude Zoret, a.k.a. "the Master." For a few years, they share a, ahem, close relationship. But all that changes when Countess Lucia Zamikow asks for Zoret to paint her portrait. Before long, the bisexual Michael falls for the charms of the Countess, leaving Zoret alone and broken.

The film was based on the 1902 novel Mikaël by Herman Bang. The story was previously adapted as a film under the title The Wings in 1916.