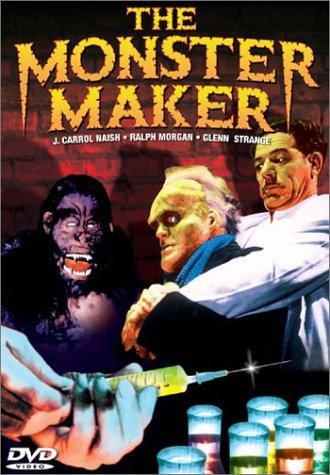 Dr. Markoff (J. Carrol Naish) has concocted a formula that spreads a hideous disease named acromegaly - which extends bones and distorts facial features. Markoff has no moral dilemma in experimenting on unsuspecting human subjects. His amoral behavior assumes monstrous dimensions when famed concert pianist Lawrence (Ralph Morgan) is injected with the doctor's disease-inducing serum. In return for an antidote, Markoff intends to exact more than his pound of flesh by extorting a fortune from Lawrence and demanding the hand of the musician's pretty daughter Patricia (Wanda McKay).

The Monster Maker contains examples of: