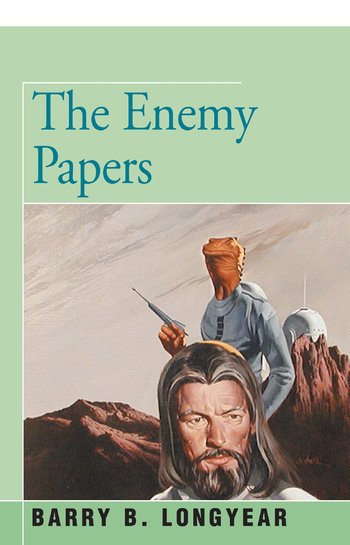 Enemy Mine by Barry B. Longyear was published as a novella in IASFM, September, 1979. It won the Hugo and Nebula awards in the novella category in 1980.

Then there was the movie.

Later published in The Enemy Papers along with sequels The Tomorrow Testament and The Last Enemy, as well as some bonus material related to the setting.

The main plot is driven by implications of a big war between Humans and Dracs, its consequences and the true cause behind it.