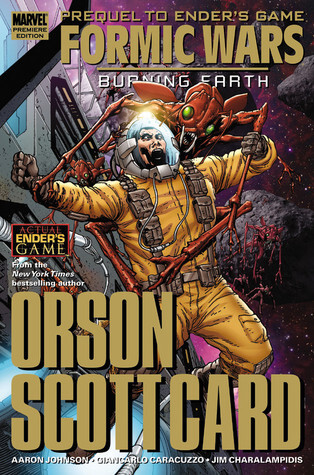 Formic Wars is a science fiction series by Orson Scott Card and Aaron Johnston. It is a prequel to Card's Ender's Game series, and shows Earth's earlier encounters with the insect-like alien species that is the antagonist in Ender's Game.

The First Formic War trilogy consists of Earth Unaware, Earth Afire, and Earth Awakens. A Second Formic War trilogy is forthcoming and will consist of The Swarm, The Hive, and The Queens. There is also a Formic Wars comic book series, with the same authors, published by Marvel Comics.