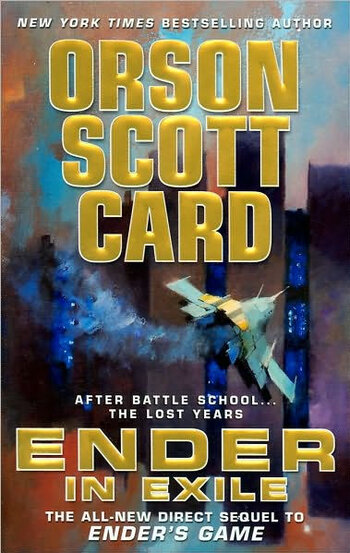 Ender in Exile is a book in Orson Scott Card's Ender series. It is a sequel to Ender's Game; in terms of the series as a whole it is an interquel, taking place between Ender's Game and Speaker for the Dead.
Advertisement:

The plot is episodic, parts of it having previously been published as short stories, and shows Ender in the years immediately after he left Earth, living first on the planet Shakespeare and then on the planet Ganges. It expands on events summarized in the epilogue of Ender's Game, and also follows up a plot strand from the Ender's Shadow side series.