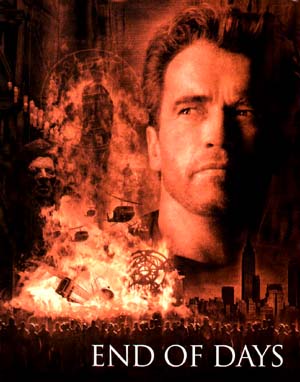 Schwarzenegger plays Jericho Cane, a retired police officer who tries to commit suicide because his wife and daughter are killed while he's doing his job. He gets a job of protecting a Wall Street banker (Gabriel Byrne). Unknown to him, the Wall Street banker is possessed by Satan, who plans to unleash chaos by having sex with Christine York (Robin Tunney), The Chosen One to bear his child. Now Jericho has to protect her from Satan in order to save the world.

The film is easily the darkest in Arnold's career, containing very little cheeky dialogue and demoting Arnold to a tough but ordinary man instead of a typical Action Hero.