Film / Everybody Wants Some!! 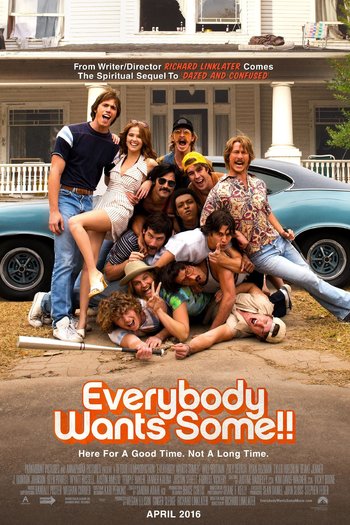 "We all take turns being chumps around here. You accept your chumpification and move on."
Advertisement:

Everybody Wants Some!! is a 2016 Slice of Life film written and directed by Richard Linklater, and a Spiritual Successor to his classic Dazed and Confused. Whereas that film was set at the end of the high school year in 1976, this one takes place right before college begins in 1980. Blake Jenner, Glen Powell, Zoey Deutch, and Jonathan Breck star.

Jake Bradford (Jenner) is a college freshman on a baseball scholarship. He moves into the house he'll be sharing with his teammates on the Thursday before classes start.

And yes, the title is a reference to the Van Halen song.