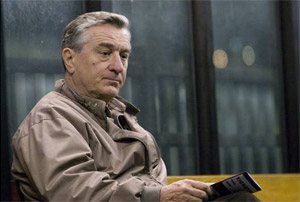 Everybody's Fine is a 2009 drama film written and directed by Kirk Jones. It is an American remake of a 1990 Italian film of the same name.

Against his physician's advice, Frank Goode (Robert De Niro) travels to New York, Chicago, Denver, and Las Vegas to visit each of his four grown children, David (Austin Lysy), Amy (Kate Beckinsale), Robert (Sam Rockwell), and Rosie (Drew Barrymore). In each case, his visit appears to be untimely, and he is quickly shunted from one sibling to another, all of whom seem to be hiding things from him.