Film / Do You Believe? 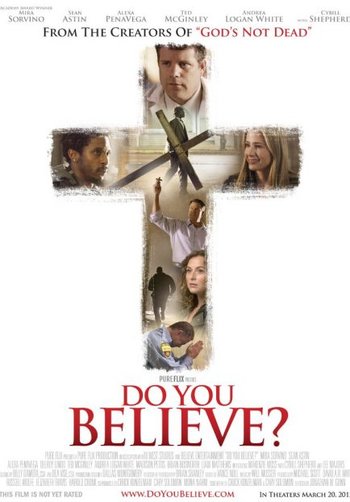 Do You Believe? is a Christian drama released in 2015 produced by Pure Flix Entertainment.

The Crash of Christian films, Do You Believe? is a Hyperlink Story about a group of unrelated or somehow related people:

Struggling with their individual problems and crises of faith, the characters eventually join together in a a moment that will change their lives forever.