Literature / The End of the Affair 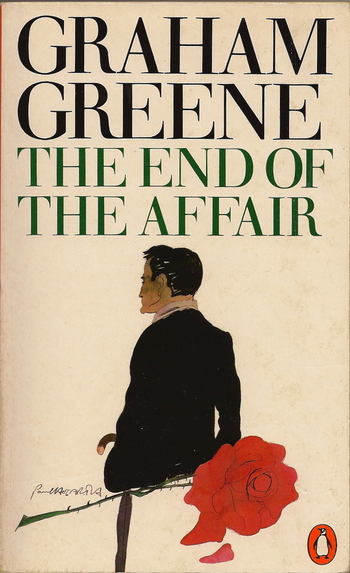 The End of the Affair is a 1951 novel by Graham Greene.

The main character and narrator, Maurice Bendrix, has spent years trying to understand why his lover Sarah Miles suddenly ended their affair. A chance meeting with Sarah's husband, Henry, who is finally beginning to suspect her of infidelity, provides Maurice with the perfect opportunity for closure and revenge. He convinces Henry to hire a detective to spy on Sarah, hoping to expose her true character. However, the information uncovered proves to be much more complex than what Maurice and Henry expected.

Two film adaptations have been made. The first film, released in 1955, was directed by Edward Dmytryk and starred Van Johnson as Maurice, Deborah Kerr as Sarah, and Peter Cushing as Henry. The most recent was the 1999 version directed by Neil Jordan, starring Ralph Fiennes as Maurice, Julianne Moore as Sarah, and Stephen Rea as Henry.