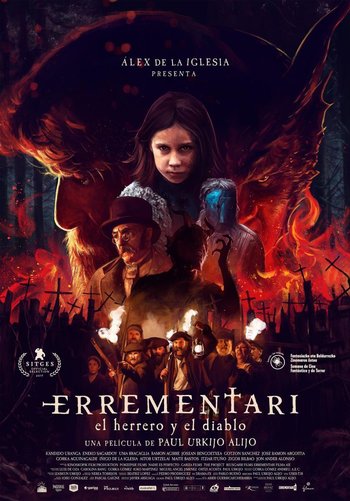 A tale about a man feared by the devil himself.
Advertisement:

Errementari: The Devil and the Blacksmith is a Basque 2017 film about a devil and a blacksmith, set after the Carlist Wars. The story begins when an orphan child named Usue meets Patxi, the blacksmith who lives isolated from the town. This intertwines with the arrival of a burgeoise from the capital who believes there is gold in the blacksmith's grounds.