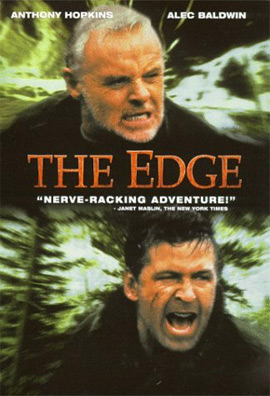 A 1997 film directed by Lee Tamahori and written by David Mamet, who filled it with his usual scathing observations on male relationships (less Mamet Speak than may be expected, though).

Charles (Anthony Hopkins) and Bob (Alec Baldwin) are flying in a prop-plane over a remote part of Alaska. Charles is a filthy rich Banker. Bob is a photographer and close friend of Charles's supermodel wife.

After their plane crashes, a mind game erupts as they try to survive the wilderness.