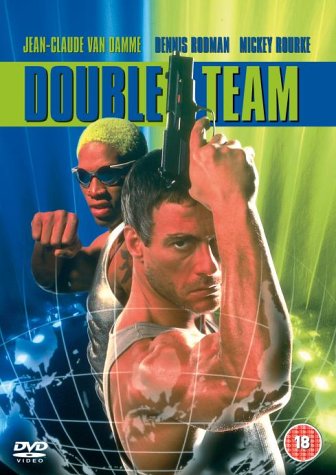 Here, Jack Paul Quinn (Van Damme) is a retired government anti-terrorist agent with a pregnant wife who learns the news that his old nemesis Stavros (Rourke) is back in action, and is forced to un-retire to stop him. Quinn travels to Antwerp, Belgium to meet up with arms dealer Yaz (Rodman), then to an amusement park where Stavros meets with his six-year-old son. A shootout occurs, and he and Quinn are led to a hospital maternity ward. Quinn is then knocked unconscious in an explosion.

Due to his failure to capture Stavros, Quinn wakes up on an island called "The Colony", an invisible and inescapable penal institution for secret agents "too valuable to kill but too dangerous to set free", which even includes terrorists. Quinn later receives a message saying that Stavros has kidnapped his wife, so he attempts to escape The Colony, team up with Yaz, and rescue her.

Absolutely no relation to a move in Pokémon.