Music / Houses of the Holy 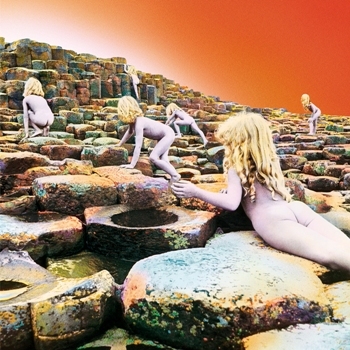 Houses of the Holy is the fifth studio album by Led Zeppelin, released in 1973. It is Zeppelin's first album with no covers, with the band (mostly Page) writing all the songs; as well as their first not to be self-titled note Although Led Zeppelin IV officially has no title. It is also a turning point for the band musically, as they become more experimental and their production techniques advance.