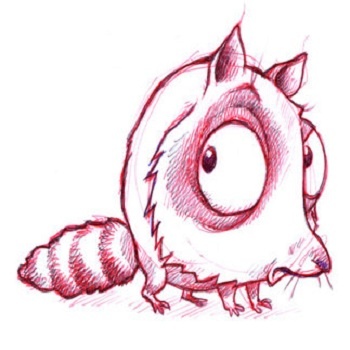 The raccoon featured on the cover of The Savage Beast EP's. He is the de facto mascot for TD Cruze
Advertisement:

TD Cruze (1992-) is an American Hip-Hop producer from Valdosta, Georgia. He originally began making music in 2010, but did not receive any sort of recognition until he produced the Lil B single, "Tell You This", in 2012.

Later that year he released The Savage Beast, the first ever instrumental hip-hop project to be comprised of only animal noises. This led to widespread blog exposure and even radio play in certain areas. He then went on to release several instrumental EP's including a sequel to The Savage Beast.