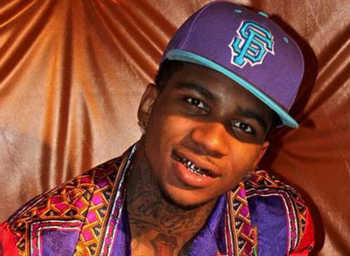 Thank You Based God
Call me Obama BasedGod!
Lil B, "I Own Swag"
Advertisement:

Lil B "the BasedGod" (born Brandon Christopher McCartney, August 17, 1989) is a Berkeley, California-based indie rapper. Formerly a member of Bay Area group The Pack, Lil B has focused on his solo career from 2009 onwards. Lil B is well-known for being a prominent yet extremely polarizing fixture of Swag Rap, using social networking (particularly MySpace and Twitter) to build a large online fanbase, and his highly-memetic music.

Lil B is extraordinarily prolific in terms of his musical output, and has released the vast majority of his work as free mixtapes, and has collaborated with a number of other rappers including Soulja Boy, Cormega, and Lil Wayne.

Some of Lil B's well-known songs include:

"THANK YOU BASED TROPES":