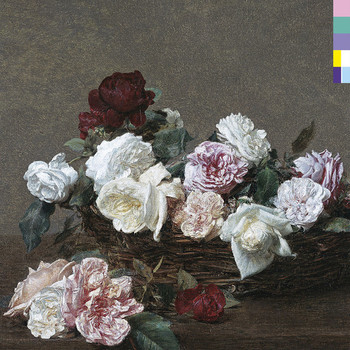 "I saw you this morning, I though that you might like to know; I received your message in full a few days ago..."
Advertisement:

Following the middling critical and fan reception of Movement, the band shifted direction away from simply continuing the sound they had already achieved as Joy Division and shifted focus to an even more synth-heavy sound, to increasingly favorable responses as time went on. This album served as the culmination of those efforts: though the band had not yet fully figured out their brand of Alternative Dance, having only just recently invented the genre, this album marks the point where they fully and effectively embraced synthesizers and drum machines, mixing them in with their Post-Punk core to create a unique synth-rock sound that they would end up further refining on their later albums.

Part of this was aided by the band's separation from Joy Division producer Martin Hannett the previous year: having learned the tricks of music production from their work with him, they opted to self-produce their material from that point onward, allowing them to more readily craft a new identity for themselves independent of their previous incarnation; they'd remain self-produced (barring the odd collaboration or two for a single) until 1993's Republic. As with Closer, the album was recorded at Pink Floyd's Britannia Row studios. The change was also forced by the theft of the band's equipment, which dated back to their Joy Division days, on tour in America supporting Movement, and the need for subsequent replacements caused them to make a literal break with their old Joy Division sound.

Like Movement and the two Joy Division albums, Power, Corruption & Lies wasn't supported by any singles on its initial release; their Breakthrough Hit "Blue Monday" from two months prior was only available as a non-album single (in part due to being recorded after the sessions for the album despite being released earlier). The Factory US cassette and later Qwest Records American cassette and CD releases added the song, along with its B-Side "The Beach," to the track list; both tracks were also preserved on Qwest's subsequent release of Substance despite the redundancy. On modern digital music distribution services, the worldwide tracklisting, including in the US, mirrors the original British configuration, without "Blue Monday" or "The Beach", similar to post-1987 reissues of The Beatles' UK albums. The opening track "Age of Consent" would eventually receive a music video in 2020, as a means of promoting the album's Definitive Edition Boxed Set released earlier that year.

You've caught me at a bad time, so why don't you trope off: