Music / Brian Jones Presents the Pipes of Pan at Jajouka 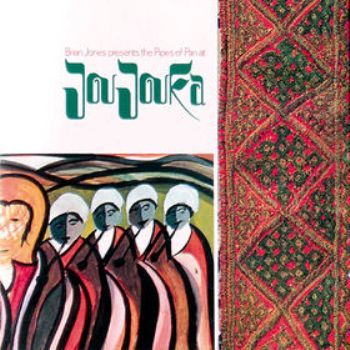 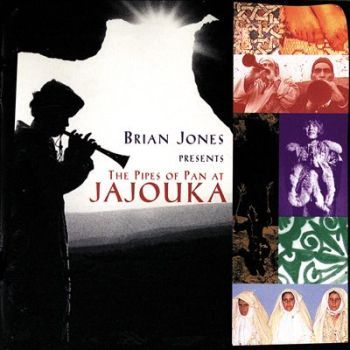 Brian Jones Presents the Pipes of Pan at Jajouka note Originally the last word was "Joujouka", but the title was changed in 1995 with the CD reissue to "Jajouka" to avoid confusion with a similarly sounding band. See also Spell My Name with an S below. is an album recorded by Brian Jones in 1968. Because Jones, who was best known as a founding member of The Rolling Stones, died two years prior to its 1971 release, it's notable for being his only recording made apart from the band (aside from his soundtrack for the 1967 film A Degree Of Murder).

Interestingly enough it's not a rock album, but a collaboration with the Moroccan ensemble the Master Musicians of Jajouka, who play traditional Sufi music. Jones was introduced to the group by painter-novelist Brion Gysin and author Paul Bowles, who often spent time in Morocco. He liked the music and recorded it on a portable tape recorder. Back in London he trimmed the length of these hours-long mesmerising and hypnotic songs and added stereo phasing, echo and other effects. Apart from that he kept the music as authentic as possible, refraining from performing on it himself. So it's really more a Master Musicians of Jajouka album than a Brian Jones album.

The album is significant for bringing North African and Middle Eastern music to the attention of the rest of the world. Even renowned jazz musician Ornette Coleman came to discover the Master Musicians of Joujouka thanks to this record and incorporated their sounds on his own albums. The Stones themselves invited the Master Musicians of Jajouka featuring Bachir Attar to record the track "Continental Drift" for their Steel Wheels album in 1989 — two decades after the passing of Jones. It's also an early predecessor of Trance music.

The Tropes Of Pan: