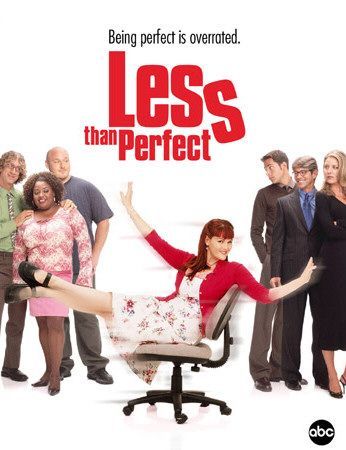 Less Than Perfect was a Work Com that ran from 2002 to 2006. Its main focus was Claudia "Claude" Casey (Sara Rue), a full-figured young woman who tried to navigate the perils of making a career at a fictional broadcasting company. Her friends were dorky Owen, no-nonsense Ramona and Big Guy Carl; her superior was a famous news anchor, and her enemies were jealous coworkers Kipp and Lydia.