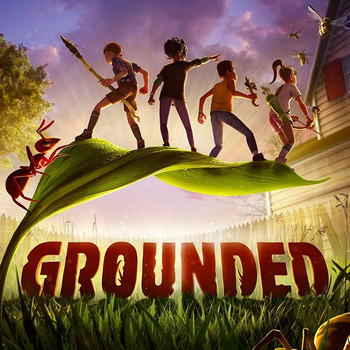 Grounded is a survival game developed by Obsidian Entertainment for PC and Xbox One, released in Early Access on June 28, 2020.

Described by some as Honey, I Shrunk the Kids meets Minecraft, it involves a group of teenagers waking up, only to find themselves the size of ants and stranded in a backyard. The players must gather food, water and supplies, build shelter, and fight off hostile insects and spiders as they work to return to their normal size.

However, as the players explore the backyard, they soon discover that they may not be the first ones reduced in size...